Stargazing in Benson, Arizona with the dark night skies.

Stargazing in Benson, Arizona has been an attraction of visitors for a long time. The trend started with the Vega-Bray Observatory and their bed and breakfast called The Skywatchers Inn. The property was sold, became the Astronomers Inn sold again and is now known as The San Pedro Valley Observatory.  Down By The River B and B has hosted many amateur astronomer while they are stargazing in Benson, Arizona at the SPVO. The SPVO is no longer a B and B but Down By The River works closely with them and give discounts to our guests that make reservations there for star gazing. We also welcome people that want to stargaze in Benson, Arizona and want to use the telescope we have at the B and B. 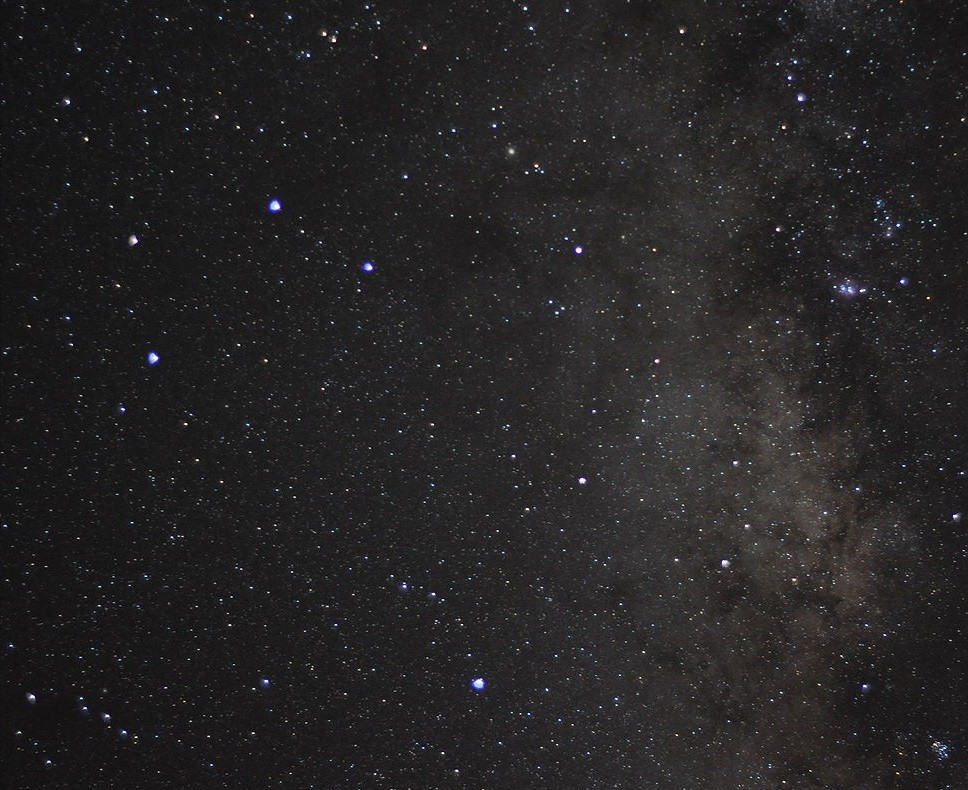 The bright stars of Sagittarius contains nebula and the Milky Way is a back drop. 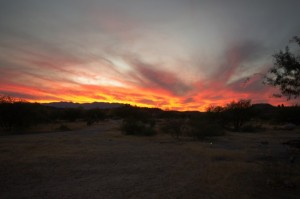 The high cirrus clouds allowed for a flaming sunset.

Recently we hosted amateur astronomer at the B and B just after the new moon in October. The day started out clear but by the afternoon high cirrus clouds started to move into the area. This date also coincided with the Draconid meteor shower which was supposed to reach its peak. In 2011, the meteor shower had about 600 meteors and hour. But it turns out that this year was a bust for meteors just like the viewing. But we were given another gift to compensate that is common in southeastern Arizona – a brilliant sunset. The next night was clear and dark and we set up the telescope. Rance was able to look at the sliver of the moon, the Lagoon Nebula in Sagittarius and the Ring Nebula. 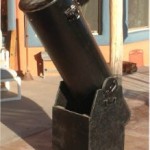 Since Down By The River B and B is located in Saint David, it is perfect for stargazing in the Benson, Arizona area. Our San Pedro River B and B is equipped with a 13” Dobsonian telescope for our guests to use. A Dobsonian telescope is manually sighted and does not have a tracking system nor a computer. The telescope does come equipped with a sighting mechanism. This is good for people that have some knowledge of the skies at night. October is a favorite for me and is one of the better times of year for stargazing. The Milky Way is visible and constellations such as Sagittarius and Andromeda are in great positions to sight Messier objects. I particularly like this time of year because the weather isn’t too cold, there are many interesting objects that can be seen overhead and there is the brilliant Milky Way.

So look at your calendar and pick a date without a full moon. See how much fun you can have stargazing in Benson, Arizona at our B and B or make a reservation to the SPVO. They will give you time with a knowledgeable astronomer who has a computer on his telescope. Either way it is special being able to see the stars that light up the dark sky.

This entry was posted 9 years ago on Saturday, October 12th, 2013. and is filed under Nature. 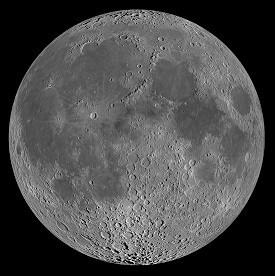