The Rex Allen Museum in Willcox celebrates the life of the cowboy in rural Arizona. 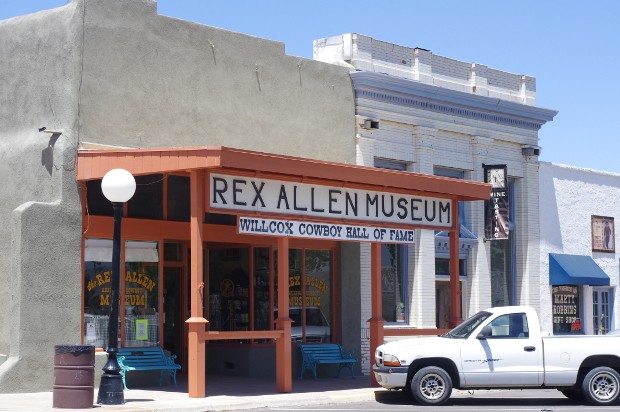 The Rex Allen Museum is an early adobe construction from the 1890s. 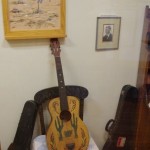 Rex Allen’s original guitar and fiddle are on display at the museum.

The Rex Allen Museum is located at 150 Railroad Avenue in Willcox, Arizona. The Museum was opened in 1989 to honor Rex. He was born and raised in the Willcox area, became a singing star and was the last of the cinema’s “Singing Cowboys” that included Roy Rogers and Gene Autry. Interestingly Roy Rogers was a friend of Rex’s and had a home in Apple Valley, California near my old home town. Now you may never have seen any of Rex Allen’s movies but I am sure that you know his voice and would recognize it if you heard it. Rex was the narrator for the nature films that were seen Sunday night on “The Wonderful World of Disney”.

The Rex Allen Museum also houses the Cowboy Hall of Fame which was opened in 1983. Now you won’t find actors or cowboy wannabes inducted here. 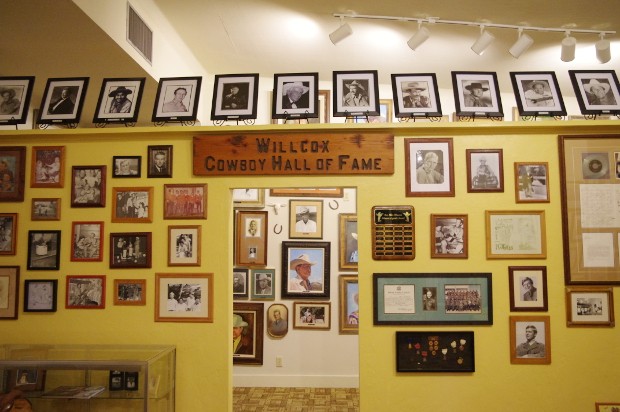 The honorees are long time Willcox area ranchers and cattle men and women who through their determination eked out a living in this part of the Territory and later The State of Arizona. Willcox in the 1930s was the largest railroad shipping location in the US and became known as the Cattle Capital of the World. Today there are 300 commercial cattle ranches in Cochise County with nearly 18% of the livestock in the state grazing here. 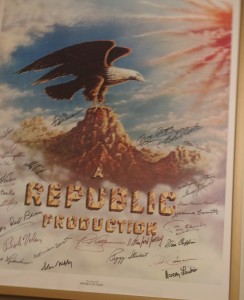 The Rex Allen Museum covers Rex’s life from his youth growing up north of Willcox. His first guitar and fiddle are on display along with early photos. There are a total of 15 exhibit areas in the museum. These include his music and recording career with WSL in Chicago and then Mercury and Decca Records. There are exhibits of his film career with Republic Pictures from 1950 to 54. There is also an exhibit of the actors that he worked with during his tenure.  A Republic Pictures Poster that has autographs of many of the actors that worked for the studio is framed and prominently displayed. Like Roy and Gene, Rex tried transitioning into TV with a series called Frontier Doctor in 1958 to 59. The last area focuses on when he was working at Disney.

Railroad Park on the south side of Railroad Avenue also has a bronze statue of Rex Allen and a bronze plaque for his horse Koko. Koko is buried in the park near the plaque. When Rex died in 1999, his ashes were spread in the park. Railroad Park is the venue for the Willcox Wine Festivals and Railroad Avenue is also the home of the Marty Robbins Museum, the art deco design Willcox Theater which showed Rex’s Movies, and 3 wine tasting rooms. So there is a lot to do in the area and you can spend your day enjoying the wonders of Willcox. 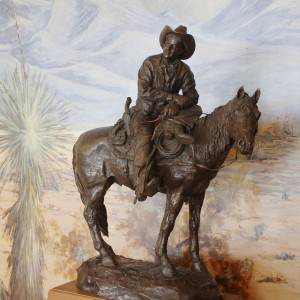 The Rex Allen Museum is a short drive of about 45 minutes from Down By The River B and B in St. David.

This entry was posted 8 years ago on Wednesday, May 14th, 2014. and is filed under Events and Things To Do.