Birding at Paton Hummingbird Haven – Put It On Your Bucket List

The White Breasted Nuthatch is one of the many birds you will see at the feeders.

Birding at the Paton Hummingbird Haven is a great activity no matter what type of birder you are. Amateurs as well as the experienced birder will be awed by the variety of birds found at this one location. Click here to see the activity. I did a blog earlier on the history of the Paton Hummingbird Haven. This portion will go into what we saw and did after we arrived. Upon arriving at the property we found the gate open and parked in the shade of a large tree. Arizona people tend to find shade first and if it is close to where you want to be, all the better. Entering the gate we headed toward the unassuming house. The caretaker was watering and we took a little time to talk with him. Angie continued talking while I went on to find the seating area and check out the birds. 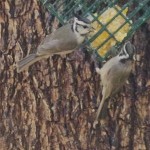 Bridled Titmouse were flying in and out of view, They did stop at the tree feeder long enough for me to get this photo.

No one was at the Haven when we arrived so I picked out a spot to set up my camera and tripod then began shooting photos. The layout of the area allows for birding to happen all around you. You are not able to take everything in and so there are opportunities in other areas that you don’t know about. The forest is to the west, and seed feeders are to the north and south. To the east is the house with the hummingbird feeders hanging from the eaves. You are within 50 feet of seed feeders in the seating area under the tent. The hummingbird feeders are closer and if you wish you can get a chair and sit within 5 or 10 feet of the hummingbird feeders.

There are three more areas that you might miss when birding at the Paton Hummingbird Haven. The ground has activity where birds have knocked seed out of the feeders. There is also a feeder that is located on a tree that attracts woodpeckers and nuthatches to name a few.  But also look up and you will see hawks and vultures flying overhead. Great photos are yours for the taking just have a little patience because Lady Luck is sitting right there. In the first 20 minutes I was having a field day with shooting pictures. I didn’t know if these birds were here for a little while and then would leave not to be seen again for hours. After that I tended to focus on more quality photos. 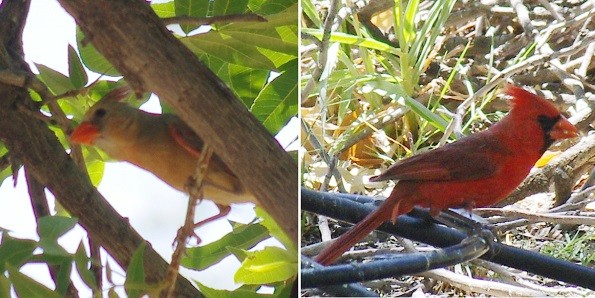 Northern Cardinals were in the area. Both the male and female made an appearance 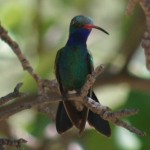 This Broadbilled Hummingbird was one of 5 species we saw at the Paton Hummingbird Haven during our time there.

As people arrived to the tent, the birds would fly off but return relatively quickly once they are seated. We met several other birders during the time we were there and everyone was pointing birds out to others. Identification was easy for many birds but in my case I would rather take the pictures and then sit at the computer so that I can see and compare. For me it is much easier to find a bird when you have time and aren’t savvy enough to pick it quickly out of a book. I believe that we saw almost 30 different birds along with 5 different hummingbirds while we were birding at the Paton Hummingbird Haven. 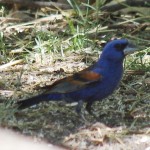 The Blue Grosbeak was easy to spot at various locations while we were view the birds at Patons.

200 + photos and three hours later we were starting to get hungry. We decided to go out to get lunch. We wanted to go to the Velvet Elvis for pizza since we have heard so much about it. But alas they are open Thursday to Sunday only. Instead we went to the Gathering Place. The sandwiches were very good and for dessert get one of the homemade cookies. They were oh so good!  After lunch we decided to take another route home to Down By The River B and B. The next blog will be about the San Rafael Valley and our adventure there. 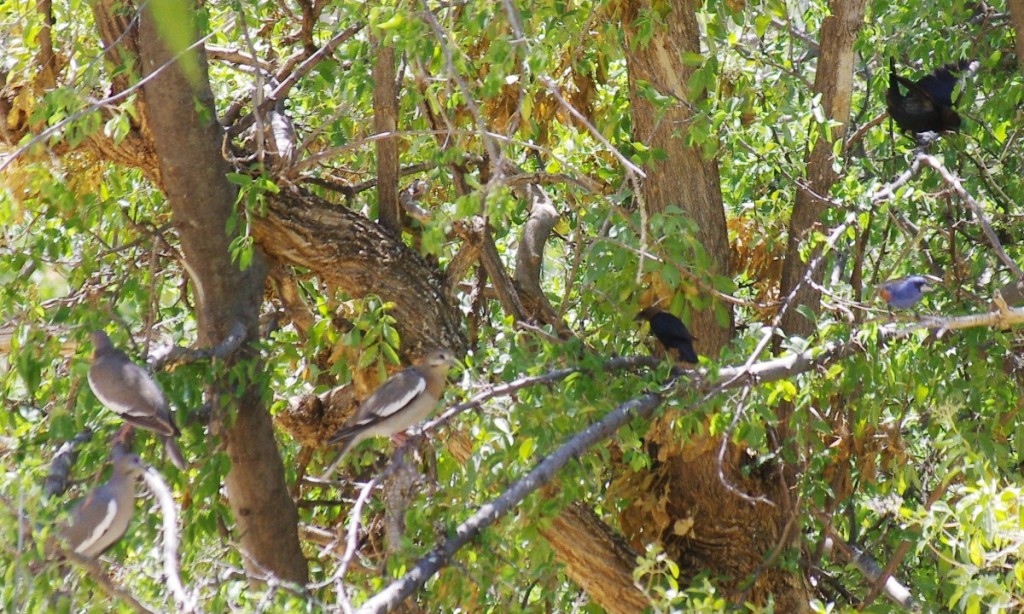 This entry was posted 8 years ago on Sunday, July 13th, 2014. and is filed under Events and Things To Do, Nature.