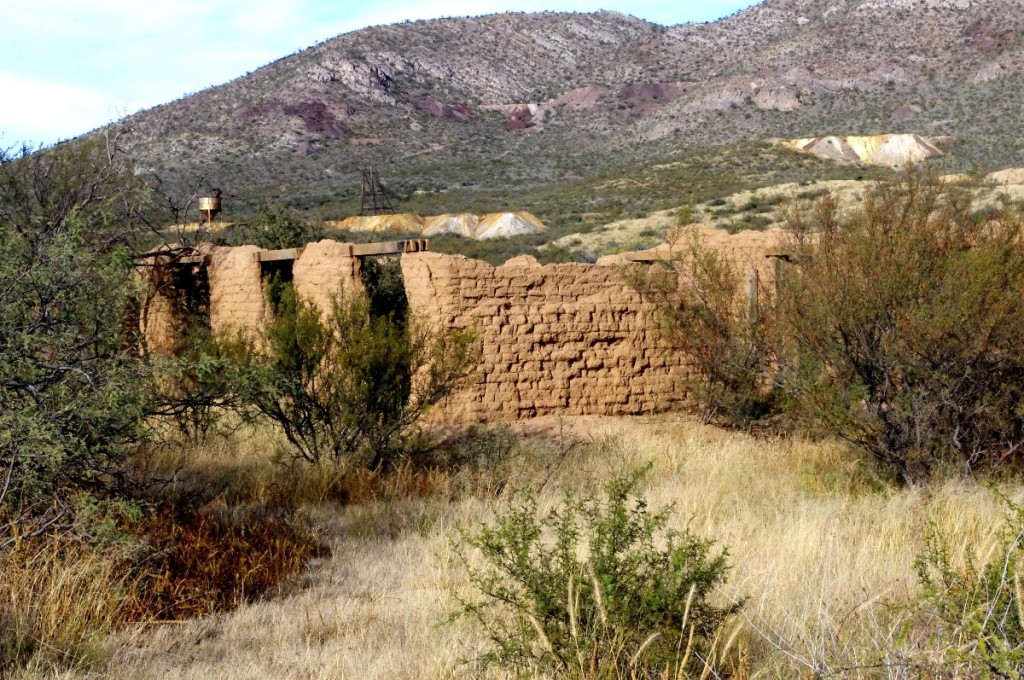 The Gleeson hospital ruins can be viewed from Gleeson Road. The old mine can be seen in the background.

Gleeson is an newer Southeast Arizona ghost town that we had heard about when we moved down to St. David and started Down By The River B and B. We never went there because it was at the end of an 18 mile dirt road that started south of Tombstone. Recently the road was paved and now you can have a pleasant drive through the rolling hills of the back country. Gleeson is located at the southern end of the Dragoon Mountains close to El Frida. The town was originally named Turquoise in 1890 but that only lasted 4 years. Then John Gleeson registered a claim for the area and started mining copper. The town is a little south of Turquoise. A post office was established in 1900. The town had a fire in 1912 burning some of the town but it was rebuilt. 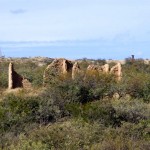 The Musso building can be seen from the road but you will need to have a long lens to see it.

What is nice about this ghost town is that there are a lot of buildings standing. Many older ghost towns only have foundations left. As we got close to Gleeson, we saw the old graveyard on the left side of the highway. A little further on we saw some buildings in different states of repair. Then we came to an intersection that was the center of town.  At this intersection where we made a left turn and traveled down a dirt road stopping for photographs. We were met by people coming back getting their mail. They gave us some directions on where things were. 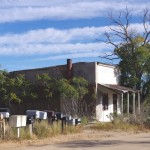 Joe Bono’s Saloon is one of the better preserved building in town.

You can see some dilapidated buildings with walls still standing from the road. Joe Bono’s, a saloon, and the old post office are fenced off but can be viewed from the road. Further down the road you have a view of the mine tailings. We went on for a little to photograph some ruins and then turned around. We headed back to the intersection and journeyed across Gleeson road to the jail. The jail was originally a cable wrapped around an oak tree. A small wood jail was built after that and finally the new concrete jail was built in 1910. 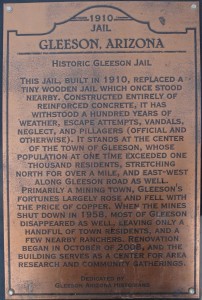 This plaque is located at the jail and gives a history of the jail. Click on the picture to get a large view.

We spent some time talking with some local people. They were working on getting the area ready for a handicap ramp at the jail. They told us a little bit about the town. The town at its peak had a two story school house, post office, jail, saloon, an assayer’s office, a movie theater and a hospital. The Southern Pacific Railroad had a track that ran to the mine until the late 1920s. The Post Office was closed in 1939 after the mines started failing. These same mines totally shut down in 1958. When that happened the town of Gleeson became Southeast Arizona ghost town. 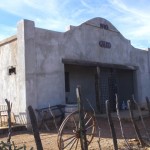 Some people still live in the area. The jail has become a museum but the times of operation depend upon when the docents are available. There is a small mining operation still being worked at the site today. You need to have a long range lens to be able to photograph the mine and some of the ruins. The only business in the town is at a trailer that sells rattlesnake artifacts and crafts.  The area is interesting and the people are friendly. So if you want to go to a Southeast Arizona ghost town that has more than a few foundations, try Gleeson. 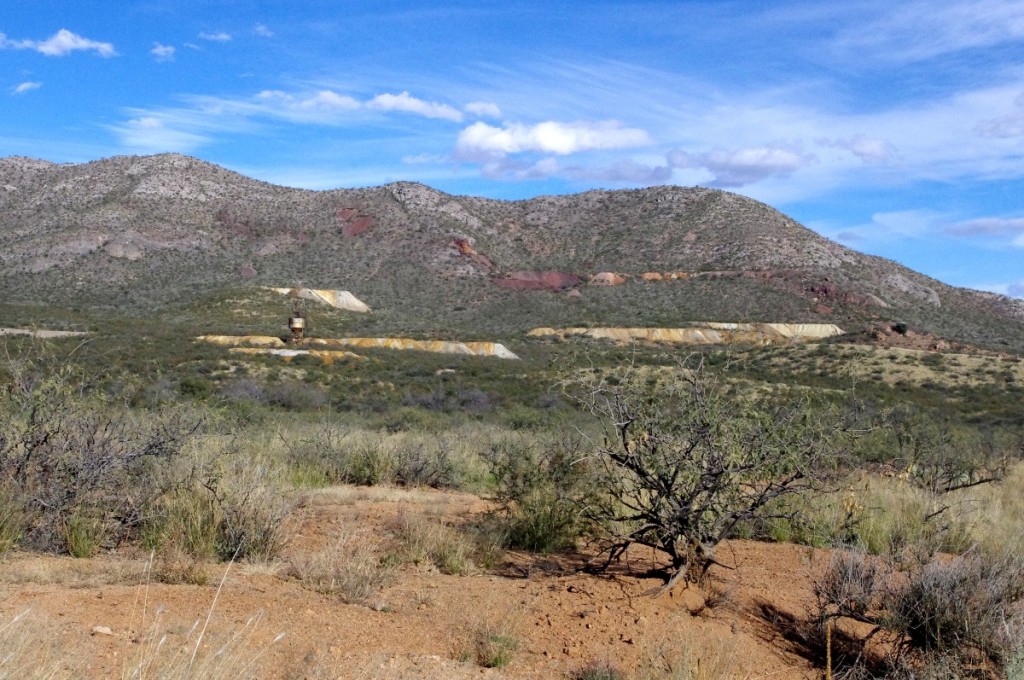 The Gleeson mine was was finally exhausted in 1958 and the town turned into a ghost town. There is still a small mining operation that is being worked higher on the hill.

This entry was posted 8 years ago on Sunday, November 23rd, 2014. and is filed under Events and Things To Do, Outdoor Recreation.