Movie Making in Benson and St. David occurred just off Apache Powder Road during March of 2014.

You wouldn’t think that there would be movie making in Benson and St. David, Arizona. All the Arizona movie studios are in Tucson, right? Well the short answer is no. There is Gammon’s Gulch that is owned by Jay Gammon and he has built a movie set at this location. Benson and St. David have been used as locations for making movies. Los Locos and South of Heaven, West of Hell were made in Benson. Scenes in Rio Lobo were shot in St. David. Gammon’s Gulch has been the location of many films by American and foreign companies. 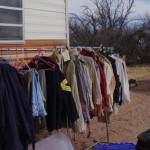 The wardrobe props were located along the road next to the prop trailer.

Why do I bring this topic up? I will explain. On March 24 some of our guests told us about a lot of cars, trucks and trailers that were parked along Apache Powder Road. They told us that they were told this was the set for filming of the TV series Dead Men. I decided to take my camera and go see what I could find out. I couldn’t get too close to the actors but with my camera and telephoto lens I was able to shoot some pictures of the action. The film crew had a trailer where they could dress and the wardrobe was hanging on a rack next to the trailer. I talked to the prop man who gave me information about what was going on. They are shooting for 4 days here west of St. David and then they will be moving on to Gammon’s Gulch to finish up the show.  The second day the cars were moved off the road. I am assuming that there was too much traffic stopping and looking at what was happening. I was able to take a few more pictures.

Movie making in Benson and St. David covers a lot of territory. 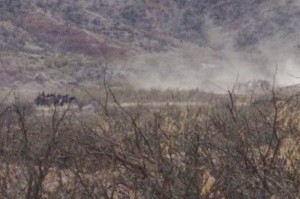 The horsemen were stopped after the scene was shot.

There have been many times that Gammon’s Gulch has been instrumental in movie making in Benson and St. David. When guests stay here at Down By The River B and B, we let them know about Gammon’s Gulch and the tours that Jay gives at the set. We have gone to the tour of Gammon’s Gulch and blogged about it. The time we spent there was thoroughly enjoyable. So take a little time during your stay at our B and B to visit Jay. The road to the movie set is scenic and you will see some lovely views of the Southeastern Arizona desert. Now we have to find out when the show will air so we can see what was done while we were a mile away. 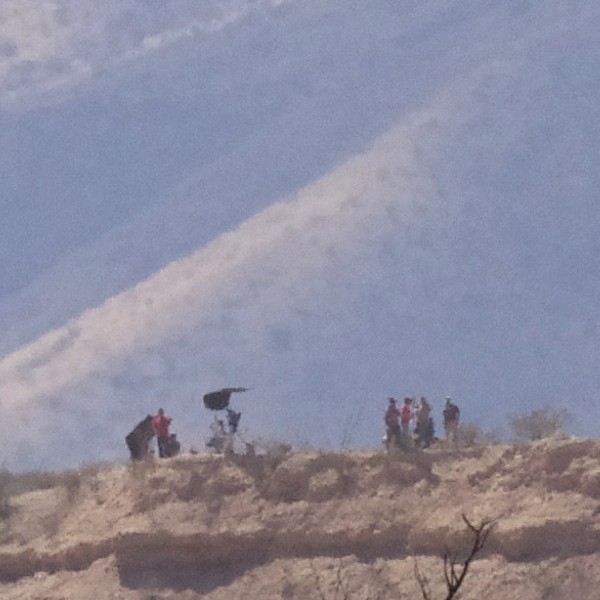 The director and actors were discussing a part of the scene to be shot. 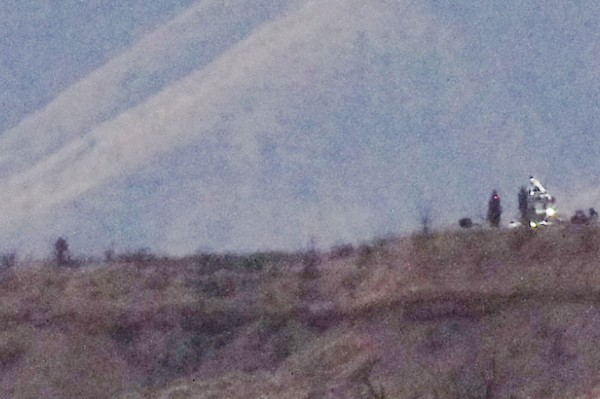 The camera was rolling when I took this shot. See the red light on the camera.

This entry was posted 9 years ago on Friday, March 28th, 2014. and is filed under Events and Things To Do, Outdoor Recreation.