The San Rafael Valley Located South Of Patagonia Arizona Has Been Set Aside As A State Park. 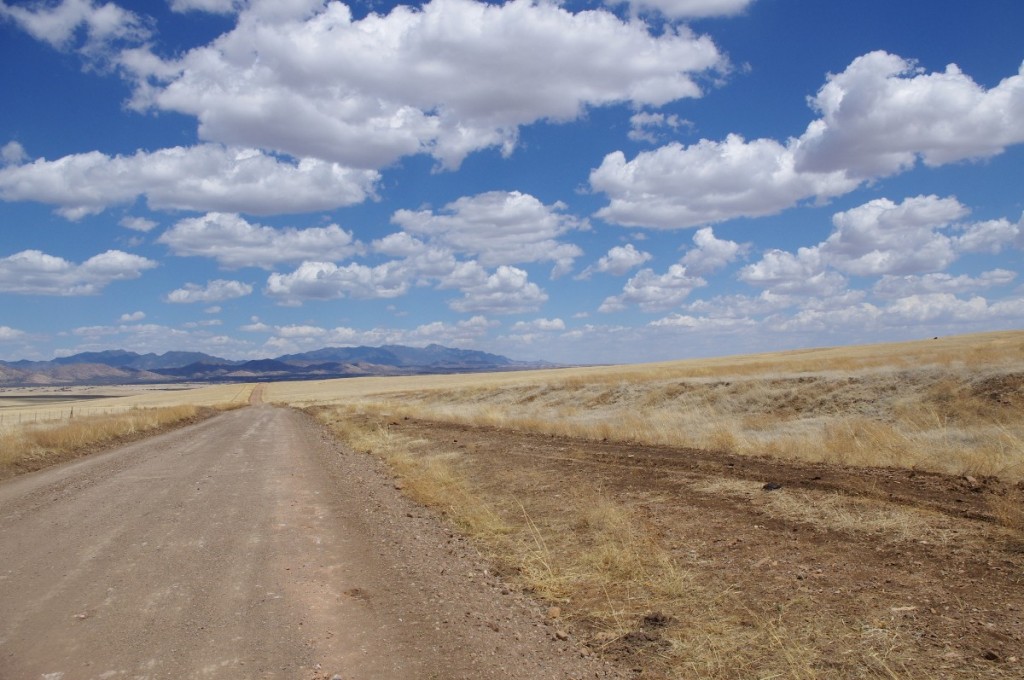 The San Rafael Valley stretches out before you as you come over the pass on the road from Patagonia.

After visiting the town site of Harshaw, we returned to the intersection that would lead us into the San Rafael Valley. The road goes over a pass and then at the top you have a vista open up before you. The San Rafael valley located south of Patagonia is a verdant grassland that has been set aside as a state park. The grassland stretches to Mexico and this valley is the actual headwaters of the Santa Cruz River which flows into Sonora, Mexico 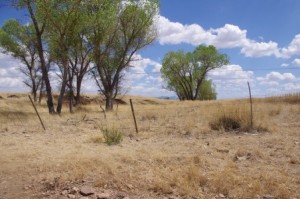 This is the river bed of the Santa Cruz River. The headwaters start here in the San Rafael Valley.

and then back north toward Tucson eventually flowing into the Gila River. The Valley was originally an old Mexican Land Grant, San Rafael de la Zanja. The last owners were the Greenes who maintained the Valley as a cattle ranch. The property was purchased by the Nature Conservancy in1998. In 1999, The Arizona State Park Agency purchased 3557 acres and designated it a State Natural Area. There are other cattle ranches in the area and you will encounter cattle as you drive through. You can click on the link to view a map of the San Rafael Valley.  The area is so photogenic that the San Rafael Valley was the location set for a number films including Monte Walsh, Oklahoma!, and Tom Horn. 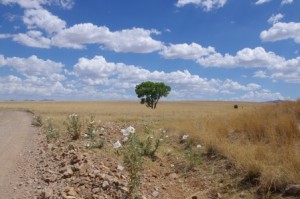 A lone tree stands as a sentinel on the San Rafael Valley Plain.

The State Natural Area is closed to the public because of the sensitive and fragile environment. The grassland is unique because it hasn’t had evasive plants introduced into the area and the goal is to provide safe keeping the San Rafael Valley in its natural state. There is a road that runs through the area and there are places that you can pull over and view the wildlife and birds. On our trip we didn’t encounter any vehicles on the road with the exception of a FEDEX truck. Guess they deliver even WAY off the beaten path.  There are opportunities to see prairie birds that are unique to the area. We did encounter birds as we drove through but had no time to identify them or to shoot any photos. The Tucson Audubon has had trips into this IBA and one of their blogs describes the experience. 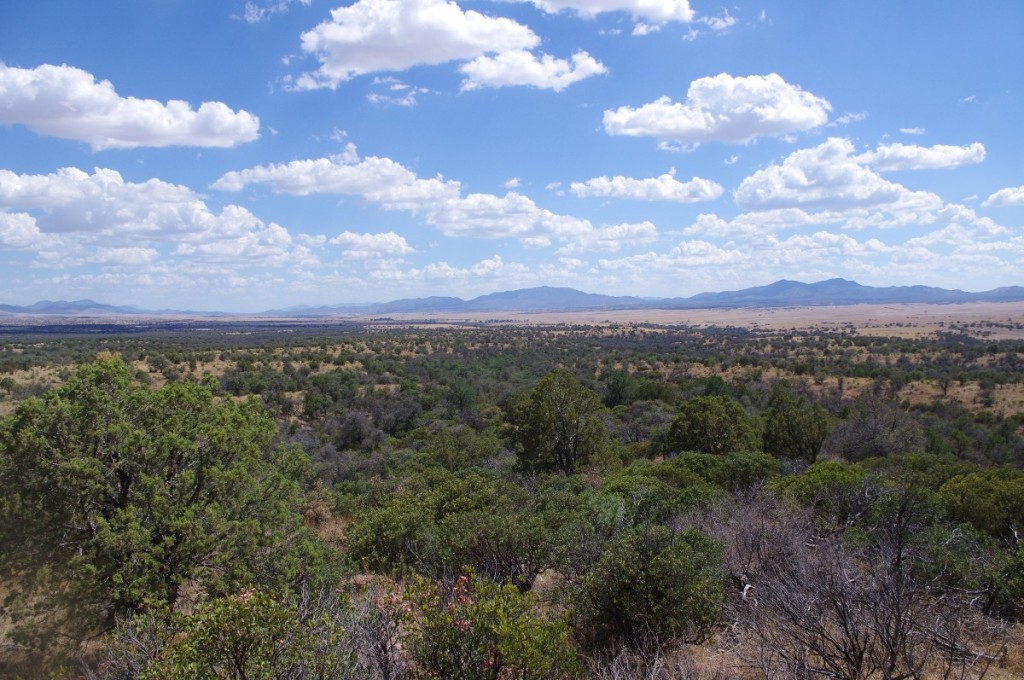 The headwaters of the Santa Cruz River Start in the San Rafael Valley and flow into Mexico before returning to the US.

We surprised a hawk as we were driving on the road to Hwy 83.

We finally crossed the Santa Cruz riverbed as we were traveling through the valley. During the monsoon season be cautious as there are many washes beside the river that may be flowing. Don’t take the chance to cross them as you might be swept away. We came to another junction that would have taken us south to Parker Canyon Lake and Lochiel or east to Canelo Pass and on into Elgin. Since we had been to Parker Canyon Lake we decided to head up the Canelo Pass Road, FR 799. The road to the pass gave us some spectacular views toward the west and the Santa Rita Mountains. The roads are well maintained though rough in spots and there are many signs to let you know which direction you can choose. We did spot wildlife on the road and surprised two hawks as we were driving by. 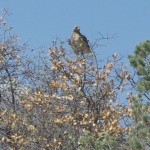 The second hawk that we saw sat and posed for us until finally it decided we weren’t leaving so it did.

After this wonderful day of birding and sightseeing, Angie and I finally found ourselves back on Arizona 83. We headed north to Sonoita and Elgin. On the way we checked the time and decided we could stop and sample some wine. We like many of the wineries but since it was a Wednesday and later in the day our options were limited. We chose Kief Joshua as our stop.  We have known Kief ever since he opened his tasting room and he is always happy to see us. He has even been a guest at the B and B and has referred his patrons to our b and b.

We had an enjoyable day doing a loop trip to Patagonia for some great birding, scaring up a few Southeast Arizona ghost towns, viewing and traveling through the San Rafael Valley and finally wine tasting in Elgin. This is just one of many loop trips you can make when you stay at Down By The River B and B. Make your reservation today to have some fun in Southeastern Arizona.

This entry was posted 8 years ago on Friday, July 25th, 2014. and is filed under Events and Things To Do, Nature, Outdoor Recreation.