Our Lady Of The Sierras Shrine

Our Lady Of The Sierras Shrine A Short History 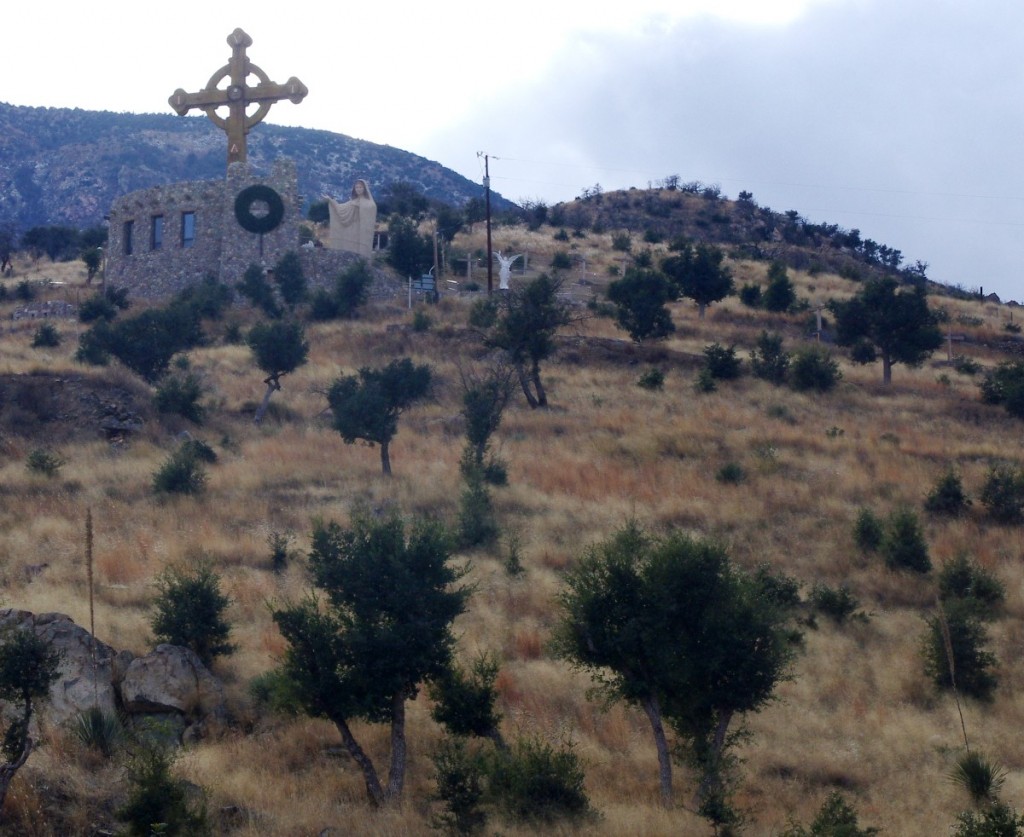 Our Lady of the Sierras Shrine is located at the southern end of the Huachuca Mountains.

Our Lady of the Sierras Shrine is located in Cochise County almost to the Mexican border on the side of the picturesque Huachuca Mountains. It is located near the Coronado National Memorial which I wrote about in a blog on September of 2013. This part of Cochise County is known for its beauty with the canyons and great vistas. 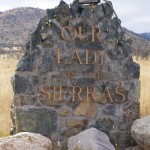 The driveway to the shrine has this rock with the name at the entrance.

The history of the Our Lady of the Sierras Shrine started in 1987 when the Chouinards visited family members and decided to hike into Ash Canyon. There they found a for sale sign and later bought the 8 acre property in 1988. This was to be the site for their retirement home which they built in 1991 then retiring to the area. Prior to building the home they had taken a pilgrimage to a church in Medjugorje, Yugoslavia where spiritual events had been occurring. After they had finished their home they decided to erect a cross and Patricia stated that she would like a statue of Mary next to it. This appeared to be a relatively simple task that should be easy to accomplish. 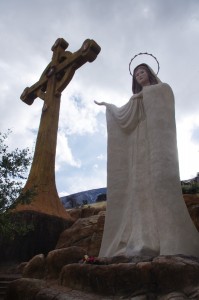 The Celtic Cross and Our Lady are together at the chapel.

However, this was just the start of problems that would take them 7 more years to resolve. Many people would have given up the endeavor with all the opposition that they had mounted against their plan. First the county permitting office told them that the structure could not be over 30 foot tall because of height restrictions in the codes. The only exception to this rule was if the structure was a monument. By building a chapel as part of the complex, the cross would become a monument and meet the county code. With the preliminary permit approval they commissioned the cross and statue to be built. These elements were to be fabricated from steel and fiberglass with a concrete covering. Local opposition sprang up once the plans of the project became known. The ensuing litigation lasted 4 years and finally in March of 1998 the project was completed. In the fall of 1998 the Bishop dedicated the chapel. 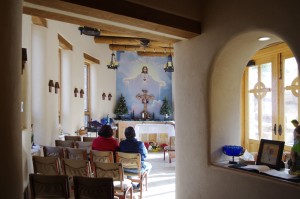 The chapel is small with many windows to give it a feel of openness.

In 2002 the 14 Stations of the Cross was completed. In 2004 and 2005 the “Angel of Revelation” and the “Guardian of Children” were installed. Besides the cross, Mary and the angels, there is a waterfall that comes down behind the cross into a pond. There is a path that leads from there up the mountainside to a grotto that has a view of the San Pedro Valley below.  But disaster struck in June of 2011, when a fire that started in Mexico spread North into the Huachuca Mountains burning Ash Canyon and Miller Canyon. The fire burned the entire area around and including the shrine and Mary’s Knoll. The fire also burned into Sierra Vista before it was contained. 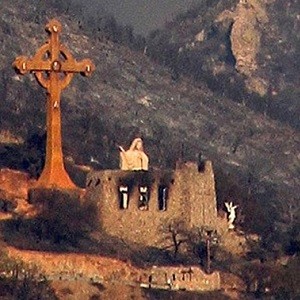 The fire devastated the area but left the cross and statues unharmed.

Our Lady of the Sierras Shrine had to be rebuilt after the June 2011 fire. It has taken 3 years of work to repair and replace the damage. The end of repairs is now in sight. The landscape shows signs of the fire but most has come back. The fire didn’t harm the Celtic Cross or the statue of “Our Lady” nor a tree that was next to the statues even though the chapel was razed. The Angel of Revelation and the Angel of Consolation also survived the fire. Miraculously the cross and statues weren’t scorched or damaged with soot. Click here for pictures.

Gerald and Patricia Chouinard also had a home located about 100 yards from the shrine. The Chouinards lost all their possessions when the fire burned their home. It has not been rebuilt. For more detailed history of the building of the shrine, click on this link. 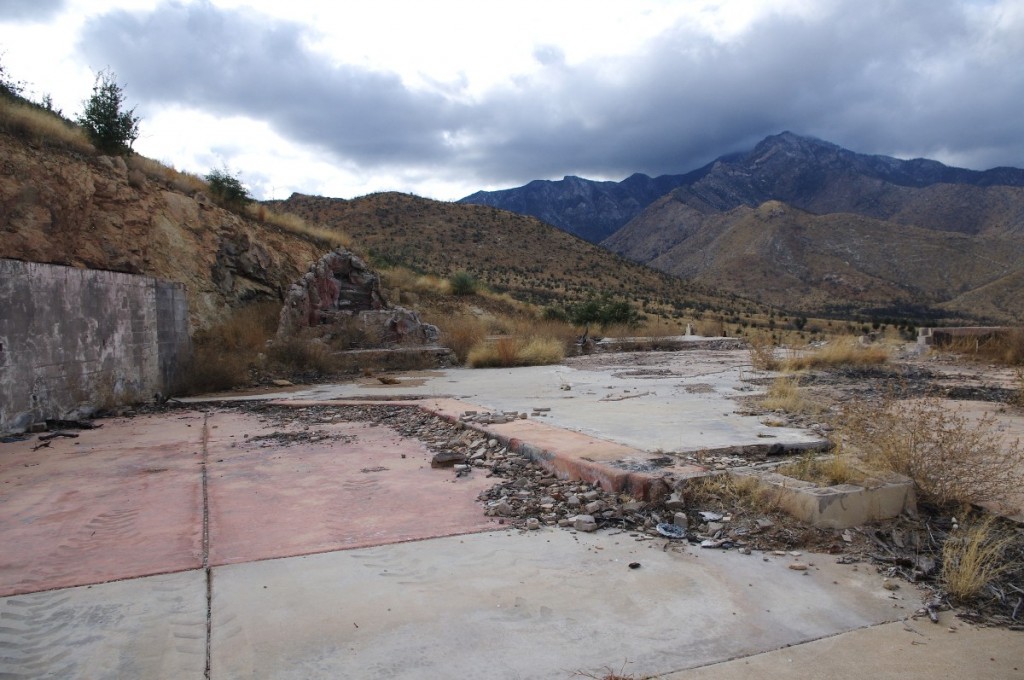 The Chouinard’s home site with the view of the Huachucas only has the foundation left.

This entry was posted 8 years ago on Saturday, January 10th, 2015. and is filed under Events and Things To Do, Nature.