Cochise County Shrine After The Fire

Cochise County Shrine Risen From The Ashes After The Fire 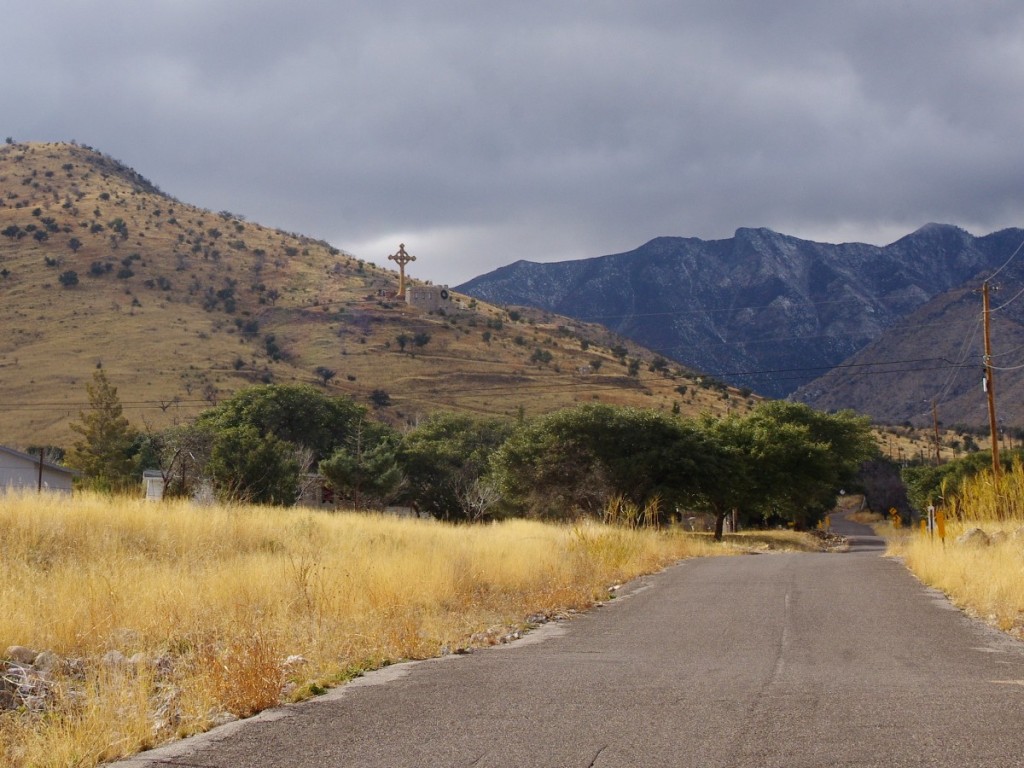 The road to the shrine leads toward Ash Canyon and had a nice view of the Huachucas.

As I described the history of the Cochise County Shrine named Our Lady of the Sierras in my last blog,  I want to tell you about what it is like now after the fire. At the bottom of the complex is Mary’s Knoll which includes the visitor center, prayer center and business offices. This building was also totally destroyed by the fire. It has been rebuilt and was reopened in 2014. Parking for large vehicles is at this location. The steep drive up the hill is meant to be used only by cars. 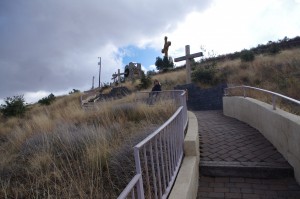 The path of the Stations of the Cross is an uphill climb but has rest areas at the stations.

Angie and I took some time to go to the Cochise County shrine just after New Year’s Day. It seemed appropriate to start the year off by visiting the shrine with our friend Karl. He didn’t know he would be on a trail with a slope that reminded him of the Grand Canyon hike we had taken together back in the mid 90s. But at least it wasn’t as long as that trail and there were many benches to stop and rest on along the way. The areas where we could stop were locations of each Station of the Cross. Most spots had a metal plaque that showed the station. There are still some stations that have not been repaired yet. The trail leads up the mountainside and past the Chapel and statues to a point that ends at the burial chamber grotto and the last station. Along the way was a Nativity Scene although that is installed during Christmas time. 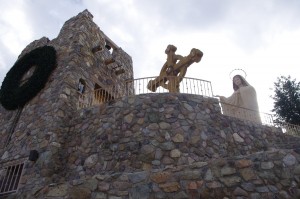 The chapel, Our Lady and the Cross are all together at the site.

The chapel, cross and statues are all located about half way up the property. The chapel is small and the cabinetry was all hand made by a local deacon who is a cabinet maker. In remembrance of the original chapel there is a display of the melted remains of the original tabernacle. Also located behind the altar is a picture of the risen Jesus. Seating is limited with less than 30 chairs in the church.

Outside the chapel doors is a 75 foot cross which was made to look like it was formed from a standing tree. The statue of “Our Lady” is facing the chapel and stands 31 feet tall with her hand extended upwards toward the cross. A tree that survived the fire is still located between the chapel and the Lady. The smaller angel statues are all exquisitely done and add to the solemnity of the site. 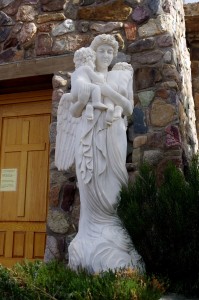 The Guardian of Children Statue and the Consolation Angel are located at the Chapel and were not harmed by the fire.

The valley view from this Cochise County Shrine is breathtaking. From the high point at Station of the Cross 14 which is located on the side of the Huachuca Mountains, you can see from Sierra Vista in the North down into Mexico at the South. To the East are the Dragoon Mountains and the Mule Mountains where Bisbee is located. Behind these mountains are the Peloncillo and Chiricahua Ranges. Our experience there was wonderful and the setting is very peaceful. The entire site is inspiring and we will return again to experience the calm. Hopefully our next visit will be during a warmer time and not under the threat of snow showers.

To reach the Our Lady of the Sierras Shrine take 92 South from Sierra Vista or West from Bisbee. Then turn to the West onto Stone Ridge Road located between MP 333 and the turnoff to Coronado Memorial. Turn right onto Prince Placer and follow that to Twin Oaks Road. Turn Left onto Twin Oaks and you will come to the parking lot.  The lots are small and large vehicles should park down at Mary’s Knoll. Mass is celebrated on the first Sunday of the month at 2 PM. 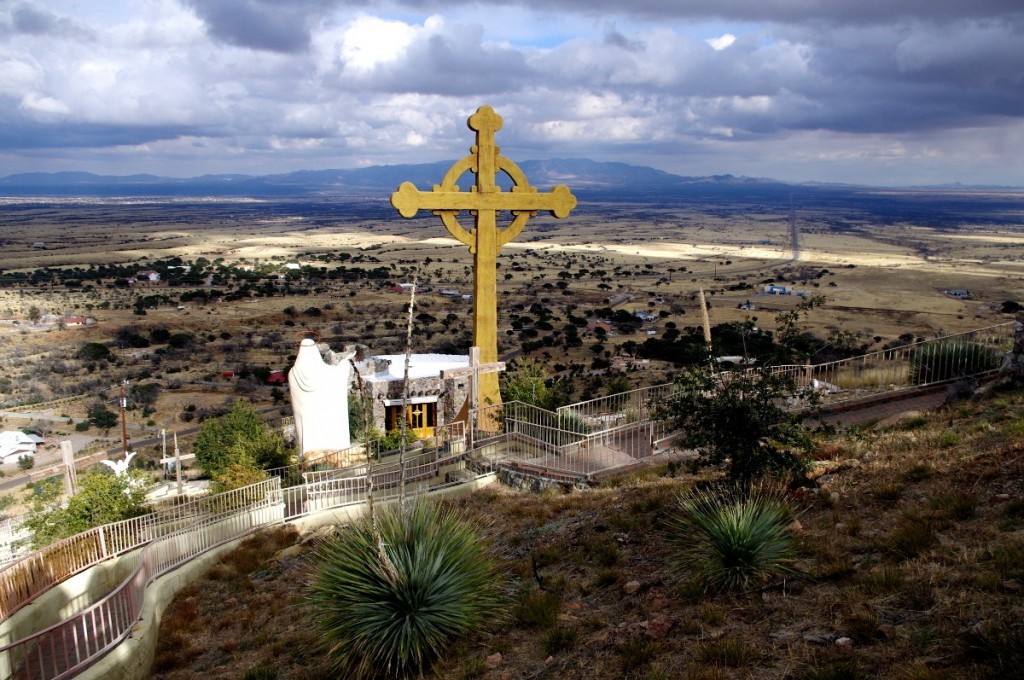 The view from Our Lady of the Sierras Shrine across the San Pedro River Valley is something to behold. Mary’s Knoll is at the left hand side of this picture at the base of the mountain.

This entry was posted 8 years ago on Friday, January 16th, 2015. and is filed under Events and Things To Do.