Southeast Arizona B and B Anniversary

Southeast Arizona B and B Anniversary – 10 Years of Memories 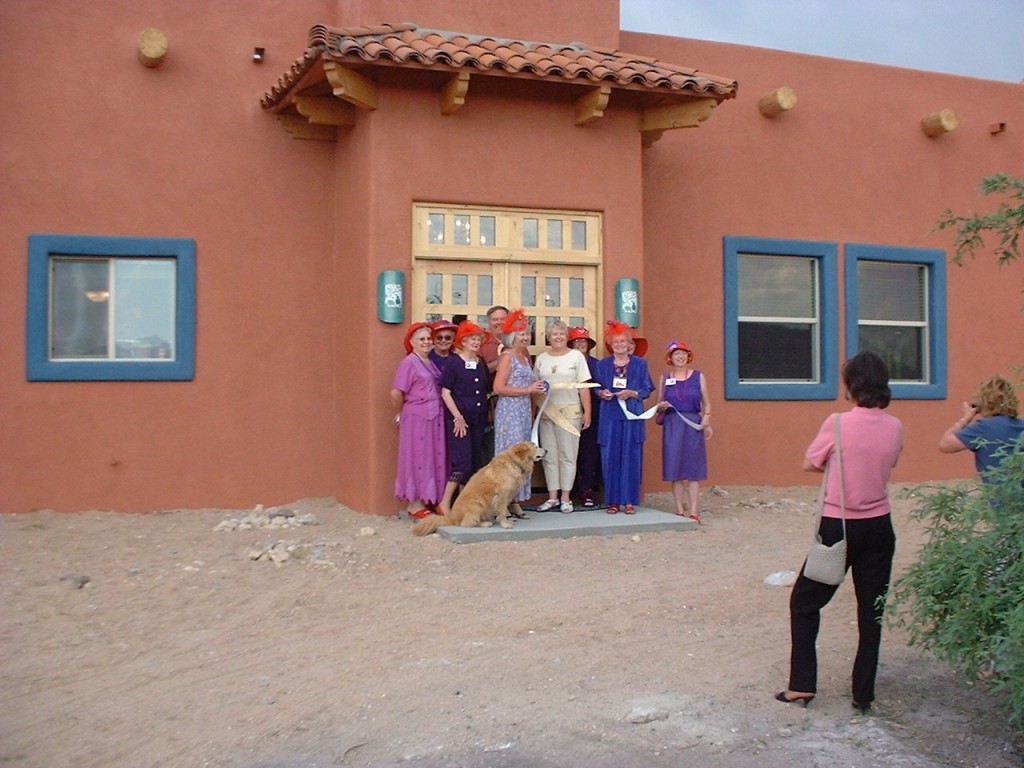 The Ribbon Cutting at Down By The River B and B by the Chamber of Commerce and The Red Hat Ladies of Benson happened 10 years ago.

Our Southeast Arizona b and b anniversary is the 21st of February. On that day 10 years ago, Barb and I moved to St. David and took possession of the building that would become Down By The River B and B. After almost 3 years working on the design and purchasing the furniture and décor, we were able to realize our dream. During those 3 years, we endured our work day with the knowledge that we would be headed to a better situation. We keep things secret at our jobs during that time. After the 14 months of construction, we finally move lock, stock and barrel to Saint David. We had vaulted a few hurdles after we decided to change our lives. The process was a little bumpy but no more than could be expected by such a big change.

How did this start you might ask? Well to tell you the truth Barb and I had a ritual on Friday nights. We would sit up on the 2nd floor patio deck off the game room overlooking the neighborhood, have a cocktail and discuss our week. Our jobs were getting to be more stressful than normal and so we discussed what alternatives we should pursue. During the discussion B and Bs came out as a potential venture. We went about our due diligence we decided that we liked this idea. We found that there were a lot of things to do in Southeastern Arizona. We spent a week in Cochise and Santa Cruz Counties. We stayed at other B and Bs to see what others were doing then we started looking for property. We felt that we could be the best lodging in Cochise County.

After 14 months of construction, we moved in and started greeting guests. It has been a wonderful experience and we have met people from 17 foreign countries and six continents. Some we keep in touch with on a somewhat regular basis through Facebook or email. We have had guests from every state, including DC and all but two Canadian Provinces. We have met people in all walks of life. NASA space engineers, nuclear physicists, doctors, lawyers, government officials, automobile executives, airline pilots, teachers, artists, professional singer, priests, birders working on their “Big Year” and the people like me who raised a family and worked a 9 to 5 job. It has been amazing how many of the stories that they share are fascinating. From zip-line grandmas, parachuting grandpas to mothers and fathers getting that weekend break from the suburbs.

It has been a great experience for me. Unfortunately Barb didn’t get to see our 10th Southeast Arizona B and B anniversary. She passed away in 2009. There was a strange episode during her tenure as hostess. Barb spent some time with a guest just talking about their lives and then gave the guest a detailed tour. She explained a lot of the where and how she came by the décor items. Angie was here in 2008 and 2009 as that guest. She is now here and delights guest with her smile as half the team at Down By The River. She and Mike were married in 2010 and she has taken on the duties of making memories for our guests at Down By The River B and B.

This entry was posted 8 years ago on Sunday, February 15th, 2015. and is filed under Down By The River FAQ.