On March 9, 2012, the City of Tombstone Archives had their Grand Opening in February and since Down By The River Bed and Breakfast is a member of the 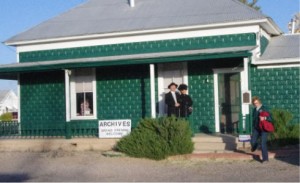 Pat Kelly, Maria Untalan, and Angie at the Tombstone Archives

Tombstone Chamber of Commerce, we were invited to the Open House. The Archives are open Monday through Friday from 10 AM to 4 PM. The Archives is located in the Marlowe House on the corner of 6th and Fremont Streets.  The Marlowe House is a very green colored building and is on the National Historical Registry. Catherine Marlowe offered the use of the house for the archives. The building was moved from the original location to the present location after the July 1882 fire that burned in Tombstone.

While we were there, we met two people with the Tombstone Vigilantes, Pat Kelly and Maria Untalan. Pat and Maria were gracious enough to pose with Angie in front of the Archives during the Grand Opening. The Tombstone Vigilantes  were formed in 1948 and do reenactments in Tombstone during special events throughout the year and on the 2nd, 4th and 5th Sundays of the month. 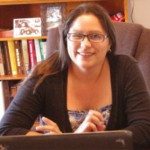 Nancy Sosa, the archivist, was kind enough to give Angie and me a tour of the facility. Nancy enthusiastically told us about all the information that was found in the basement of the old City Hall. Nancy explained how the old file collection was rescued from the basement in 2008 when the basement was flooded. There is mold on some of the collection from the moisture and these items are being treated so that the original documents are saved and preserved. In 2010, the city voted to develop a system to maintain the documents. In the Archives collection are old deeds, maps, town layouts, books and other paperwork including the records of City Council meetings. The documents had been previously been stored in over 350 old boxes, garbage bags, along with trash, and in loose piles. Nancy along with many volunteers catalogued the collection so that items can be easily retrieved and stored. There is a lot of work still to be done with the collection and it is being financed through donations to the Archives from grants and various organizations and individuals. 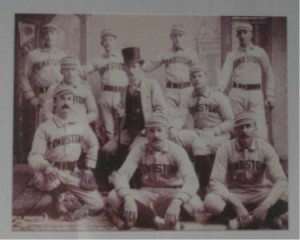 The Archives also include old newspapers. The oldest paper in the collection is from 1940 but there are prints of papers back to 1879. The Archives offers a CD of copies of the papers for $10. That is a pretty good bargain for old west enthusiasts that want to research the happenings in Tombstone and the surrounding area. There are also pictures of the town hanging on the walls. I was particularly interested in a picture of the Tombstone Baseball team that hung over a chair containing a uniform with balls and a bat.

Now one last fascinating thing that I found out was concerning the Town Ordinances. During Council meetings ordinances were passed and recorded in the meeting minutes. After the meeting the ordinances were recorded in a separate book starting with number 1. All of the ordinances are in that book with the exception of number 9. Nancy says that it was removed at one time and she seems to think she knows who did it. I asked “What was ordinance number 9?” The answer can be found in the City Council minutes that are also at the Archive. Number 9 was the ordinance that outlawed guns within the City of Tombstone. This is the same ordinance that Virgil Earp was going to enforce when he went to the OK Corral with his brothers and Doc Holiday to get the Clantons, McLaurys and Claiborne to give up their guns. With all the controversy about that gun fight and what exactly happened, who was right or who was wrong; it is interesting that this one page is missing. Makes you wonder if someone wasn’t trying to fix the outcome one way or the other.

That being said, every day in Tombstone the gunfight is reenacted in front of a live audience at the site of the OK Corral. On the third Friday in October and running through that Sunday, the town holds the Helldorado Days event. October 19 to 21 will be the 83rd anniversary of the first Helldorado days and it should be another fun time for people to watch the goings on and have a Jim Dandy of a time!

So come on down to a southeastern Arizona bnb and take it all in. Remember when you come to Tombstone make your stay complete with the best lodging experience in Cochise County – Down By The River B and B – the lodging hub of Cochise County.

This entry was posted 11 years ago on Saturday, April 21st, 2012. and is filed under Events and Things To Do.