” The Thing ” is not from Arizona originally but is from California 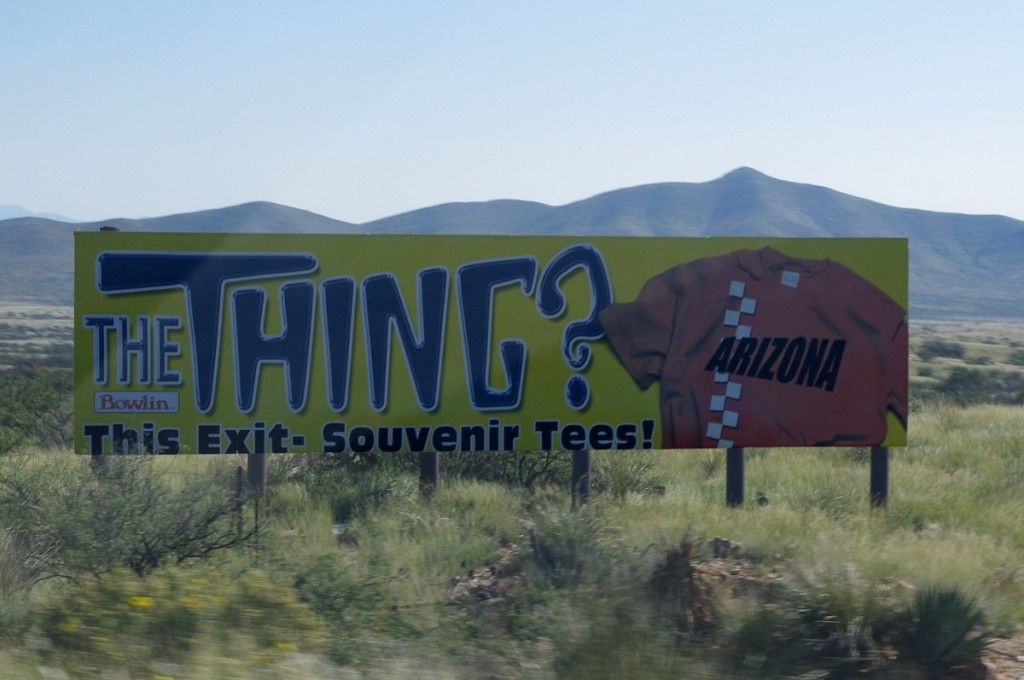 The Thing billboards are along both sides of Interstate 10 for hundreds of miles.

” The Thing ” has been advertized on billboards from the 1950s. When I was growing up in Southern California, we would take shopping trips to San Bernardino. On the way home we would see signs that informed us that “ The Thing ” was only so many miles away and that we just had to see it. Of course my parents would not consider driving the extra distance just so that they could spend some money and satisfy our curiosity. We were always told not today we have to get home. After a while we quit seeing the billboards for “The Thing”. 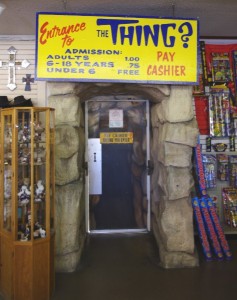 The entrance to the thing is through a door that takes you to three buildings.

After starting the B and B in St. David, we would make trips to Willcox, Chiricahua National Monument and Ft. Bowie. We would pass milepost 322 and say “One of these days we need to stop to see what this is”. We recently had a guest who told us about their visit to exit 322, on the pretense of buying a Baskin Robbins ice cream. They told us about what they had seen and that it only had cost $1. After a lifetime of wonderment, I decided that we needed to make a trip and see what “The Thing” really was.

The trip along the interstate as you drive through Texas Canyon is scenic. The rock formations in Texas Canyon are awesome and you can read about it in a previous blog by clicking here. Along the way you will see numerous billboards touting what there is to do at “ The Thing ” exhibit. Don’t miss it! Just after leaving Texas Canyon you approach exit 322. We took the turn into the complex of buildings and got out of the car. Walking inside the main souvenir shop, we spotted a door that had a sign – “The Thing” – enter here. 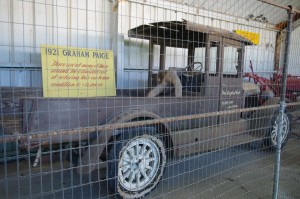 Old vehicles are found in the first building including this old truck.

We paid our $1 and were told to follow the yellow footprints through the 3 buildings. The first building is an exhibit of old cars and a covered wagon. The second building holds many display cases with some antiques in them and wood carvings. The wood carvings are caricatures of animals mainly from someone’s vivid imagination but still it was interesting to look at them. There was also a bar scene that had a sign that stated “Wood carving out of solid wood. ” As compared to what else?” I asked myself. Some of the signs are hilarious to read and I am sure my English teacher from high school would have had a coronary from the grammar. 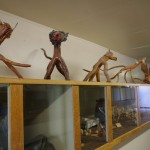 The Second building held many display cases and wood carvings of interesting shapes. 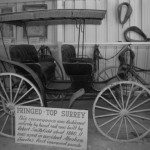 This surrey is reported to have been in Lincolns Inauguration in 1861.

The last building had old furniture, some wagons and surrey purported to have been in the Lincoln Inauguration Parade. I will leave that up to your opinion of fact. It also contained a masonry block box with a Plexiglas window on top. In the box was “ The Thing ”. Well you may have heard from other sources that this appears to be a mummy. It may well be and I do have a picture of it. I am sure that you can find a picture of it on the internet but I figure you need to stop and spend a buck to see it yourself. The advantage is that you can also get a Dairy Queen Blizzard or some other type of ice cream while you’re there. Maybe even a T-Shirt. 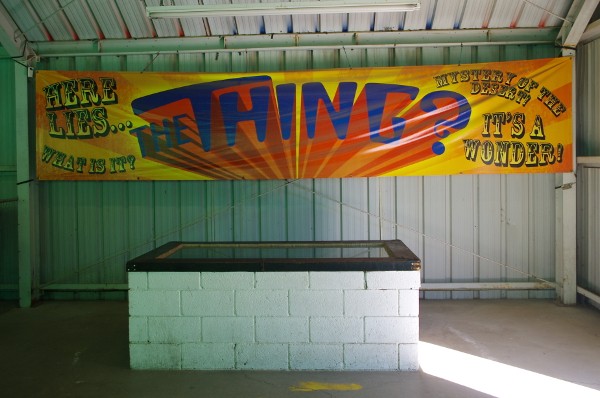 In building 3 you finally get to see ” The Thing ” enclosed in a masonry box with a Plexiglas top.

This entry was posted 8 years ago on Tuesday, October 28th, 2014. and is filed under Events and Things To Do.